During this 15-day motorcycle tour you’ll experience what real solitude feels like. See the sky turn orange in an African sunset. Motorcycling through Africa is the experience of a lifetime! You ride the best and most scenic tarred and untarred roads of South Africa and Namibia on our Kalahari to Cape Town motorcycle tour.

Partly untarred roads take you first to Etosha wildlife reserve. Then ride on the edge between ocean and desert along Skeleton Coast. Eat Schwarzwalder Kirsch Torte in Skwakopmund and apple pie in Solitaire. Namibia’s most scenic gravel roads bring you deep in the heartland of the Kalahari desert. Scale the heights of the dunes at Sossusvlei and feel dwarved by the depths of Fish River Canyon.

From the Kalahari desert to Cape Town

Exchange Namibia for South Africa so you can take the long, empty R 355. Halfway down this road you will enjoy the most spectacular sunset over the Karoo. Follow the road to where it ends in Cape Agulhas. Here at the most southern tip of Africa two great oceans meet, the Atlantic and the Indian.

At the end of your motorcycle holiday you reach the impressive Table Mountain towering over Cape Town. On a terrace, nursing a glass of good wine, you will have to say goodbye to this unforgettable motorbike tour. Suitable for the more experienced rider, either with or without pillion.

You can also do this motorcycle tour in reverse direction from Cape Town to the Kalahari.

Highlights of the Kalahari to Cape Town motorcycle tour

The Kalahari to Cape Town motorcycle tour in detail

Partly untarred roads take you first from Windhoek to the Etosha National Park. Early the next morning you’ll board the open safari vehicle for your full-day game drive. Etosha is home to the largest population of both black as well as white rhino in the whole of Africa. Did you know a white rhino is just as grey as a black rhino? You’ll also see many giraffes, kudus, gazelles and other antelopes. You’re also at risk to encounter predators like lions, cheetahs, leopards, jackals and hyenas.

The oldest living plant on earth

Riding westbound you leave the tarmac and ride between ‘kopjes’, rock outcroppings where you can find the Welwitschia. This unsightly looking plant is the oldest living plant on earth and can be as old as 2,000 years! You follow the desert road to the small mining town of Uis.

Your next ride is on the edge between ocean and desert along the Skeleton Coast. Eat traditional Schwarzwalder Kirsch Torte in Skwakopmund or compare the apple pie here to Namibia’s most famous apple pie later on tour in Solitaire. Swakopmund is Namibia’s adventure centre. What do you want to do? Quad biking through the dunes, a scenic flight over Skeleton Coast, visit a township? Or do you prefer making a tandem skydive 10,000 feet above the desert?

The highest sand dunes in the world

Your stunning motorbike tour takes you next to the highest dunes in the world at Sossusvlei and to the depths of Fish River Canyon, the world’s second-largest canyon. According to the Khoisan legends a giant snake left his track in the rocks. And the course of the canyon does indeed resemble the curvy way a snake moves! From a viewpoint you look down into the depths where the Fish River runs.

After leaving the canyon, you reach the tarmac road which takes you across the border into South Africa to Springbok. In the local bar you can wash away the day’s dust with a nice ice-cold beer.

From here your road trip takes you along South-Africa’s longest empty road, the R 355. Halfway down this road you will enjoy the most spectacular sunset over the Karoo.

The winelands are surrounded by impressive mountains with lots of curvy mountain roads. Enjoy the Helshoogte and Franschhoek mountain passes on the road to Stellenbosch. The historical town centre is full of old houses from the early Dutch and French pioneers. And yes, you can go for a wine tasting!

All the way from the Kalahari to Cape Town

At the end of your motorcycle holiday you reach the impressive Table Mountain towering over Cape Town. On a terrace, nursing a glass of good wine, you will have to say goodbye to this unforgettable motorbike tour.

This tour is a 15-day, guided motorcycle tour of ca. 3400 km, of which 2,000 km on gravel roads. Suitable for the more experienced rider, either with or without pillion. No hard off-road riding involved. On most gravel roads you will do around 80 km/hour.

Map of the tour

Use our unique tours and experiences as a source of inspiration for your exclusive holiday. Tell us what you like and what you don’t like in this tour, or any particular tour that speaks to you. Or let us know in general what experiences you would like to have. Based on what you tell us we’ll make a bespoke, unique tour for you. We’ll keep adjusting the itinerary, accommodations and way of travel until you have YOUR perfect holiday. Your exclusive experience of a lifetime.

This is experiential travel at its best. Nothing is set in stone, all can be combined, adjusted, changed to make your own bespoke holiday! Here are some more ideas to inspire you.

Want to know more? Read how it works. On everything we do for you, our Terms and Conditions and our Privacy Statement are fully applicable.

The Freedom of the Open Road 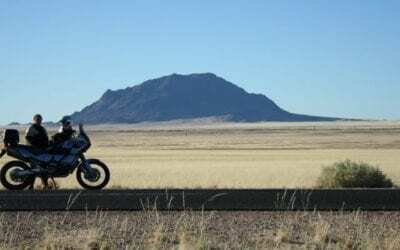 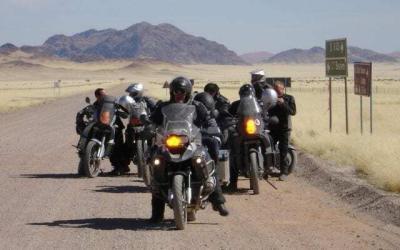